Did you know that Via Tribunali is owned by Caffe Vita? And that up until the end of 2014 they had an NYC location right next to a Caffe Vita coffee shop? We had no idea either but are very proud that a Seattle- based pizza restaurant competed with the big dogs in NYC (for a time at least). And it means that we’re not crazy when writing about how Seattle pizzas are possibly some of the best in the country. 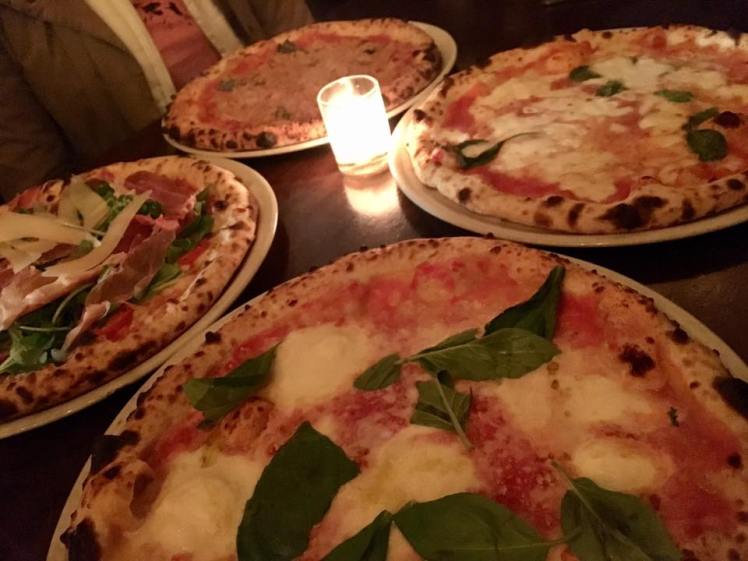 Our very first pizza meeting took place at Via Tribunali Fremont and sadly we haven’t been back to any of this Seattle-based VPN-friendly restaurant family’s locations since Cornuto. For a long time Via Tribunali was our top pizza in Seattle before being dethroned by Queen Margherita in Magnolia. With our dueling margheritas, house red and two special guests, we set out to double check if the Queen Anne location was just as good.

After the last slice of my regular margherita ($15), I could say that the Queen Anne location served us the best Via Tribunali pizza we’ve had to date. The crust was more perfect in the middle than the Fremont or Cornuto versions and everything tasted fresh. I loved the sauce here too. At one point some sauce dripped on my wrist and I licked it rather than letting it go to waste.  There was a bit more cheese than I normally go for but it was great so I didn’t mind. I wished I had as much basil as Kerri’s DOC Margherita.

I contemplated taking some of this pizza home but I ate it all before I could decide.

With her margherita D.O.C. ($18), Kerri’s opinion of Via Tribunali Queen Anne is in line with her thoughts about the Fremont location. The buffalo mozzarella was delicious, but the grana padano was a little more overwhelming than she remembers. The sauce was fantastic and she wished she had more to dip her crust in. She believed there were fewer burnt spots this time which made her very happy. She still likes Queen Margherita the best, but this was very very close. (PS: too much basil).

As mentioned above, we had two special guests who got a little more creative with their pizzas than we did. “I had the Dante and was surprised it wasn’t spicy,” Sean said. “It had quite a bit of arugula. Overall I really liked it. I’m also really easy to please.” Charlotte opted for the somewhat strange Tuna pizza and we made her be the last one to use the pizza cutting scissors. “It was good,” she said. 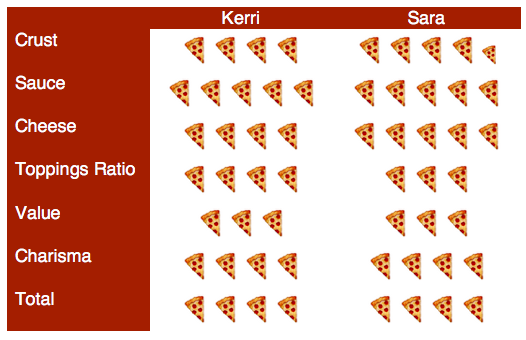