One of our goals when we entered our second year of pizza reviewing, was to spread our wings beyond the confines of Seattle. This opportunity does not often present itself to us, as it’s hard to cross either bridge just for pizza, and we look for chances to combine the pizza eating with other activities. The stars luckily aligned one day when we headed out to Fall City for a river float, and were famished heading back to Seattle. That is how we found ourselves in a brewery in a strip mall in Bellevue, where we surprisingly found some of our favorite pizza to date.

Resonate Brewery doesn’t immediately come across as a hot spot for pizza…mainly because it’s a brewery. But once you’re inside, and you see the pizzas arriving to other tables, it will become clear this place knows what’s up. While the vision behind Resonate was the desire to create a family-friendly brewery on the East Side, the skills and ingredients required for great beer aren’t all that dissimilar to making a great pizza. The fermentation process involved to make the dough of their Alla-Romana style ‘za reflects the owner’s education and skill in brewing. The result is a crust that outshines the rest of the pizza, and a lot of other pizzas as well.

While enjoying this delightful pizza, we did question exactly what style it really is. Resonate refers to the style as “Alla-Romana” but we’ve been to Rome and this was different. According to The Pizza Project, Roman style pizza is a harder to police than Neapolitan, but can best be described as a thin to medium crust pizza, with a bit of crunch. It is supposedly most similar to what we would consider American style. But that’s not what we had at Resonate. Further reading reveals “pizza al taglio” which sounds a bit more like the fluffy, yeasty crust that we had at Resonate. (Also similar to the Roman pizza we tried in Copenhagen.) Because pizzerias in Rome kind of just do whatever they want, categorizing Roman pizza is a bit tough, but if Resonate says theirs is then we guess it is. 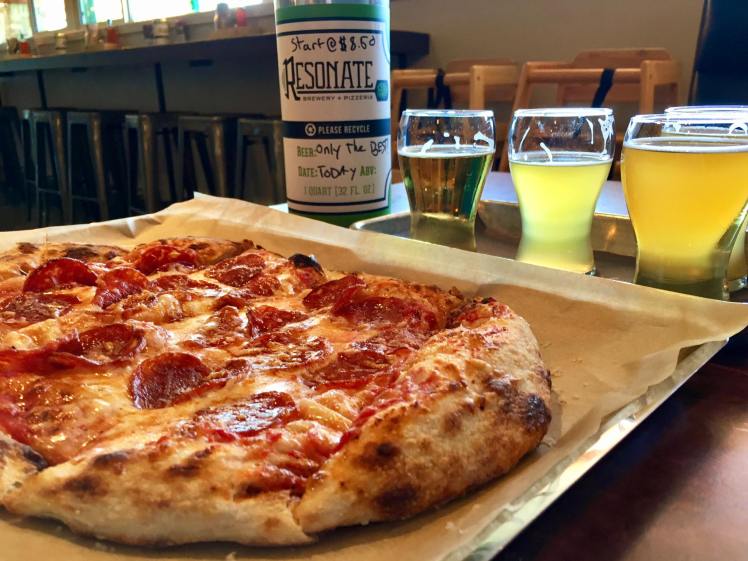 Now on to the review! This pizza was delicious, and I’ve been back since the initial visit since I liked it so much. When it first came out, I was a bit worried that it might be too much crust for me, since I’m really more of a cheese person. But it’s probably one of the most delicious crusts I’ve ever had – it was fluffy, chewy, fresh, and doughy. It brought me back to Naples a bit, as some sort of weird cross between a soft Neapolitan crust and a fried pizza. But I really think it lives in a class all its own. Everything else about the pizza – cheese, sauce, toppings – were also top notch, but it was the crust that I thought was the standout star. 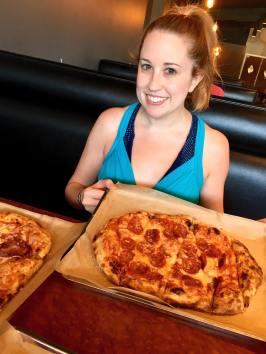 Sara agreed that this was a great pizza, probably in our Top 5. She also thought the texture was similar to the ones we had in Naples. We all know Sara loves sauce, and she thought this sauce was superb and the perfect pizza color. She had the prosciutto pizza , with basil and fresh mozzarella, which she believed was the best pizza out of any of the others, but I’m going to stand strong behind my pepperoni decision. She thought overall it was incredibly fresh, and had everything she loves about American pizza with all the freshness of a Neapolitan pizza. 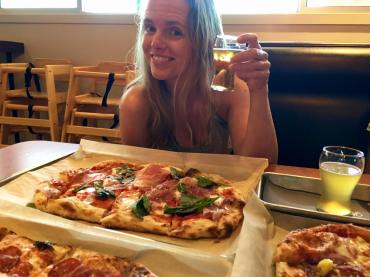 I unfortunately don’t remember what pizza Adrian ordered, but he was the only one who didn’t want to join our Resonate Crust Fan Club, saying “It was ok. It was probably my fault for ordering wet toppings, but it was quite soggy.” 🤷‍♀️

Once all was said and done, the pizza at Resonate quickly shot to the top of our list of favorites, and gave us hope that there might be even more gems out there if we ever leave Seattle again. Earning a 4.5 out of 5, Resonate is definitely worth the drive out to Bellevue, even if that’s your only destination.