Well it’s been in the neighbourhood for just about as long as Kerri and I have, but for some reason neither of us had stopped by the Masonry before. This tiny spot is always packed, smells great, and is known for craft beers just as much as it is for its wood fired pizzas. The pizzas here are more of the experimental hipster sort, but we opted to veer slightly off the duck leg and orange marmalade path to sample a few of the more traditional options. 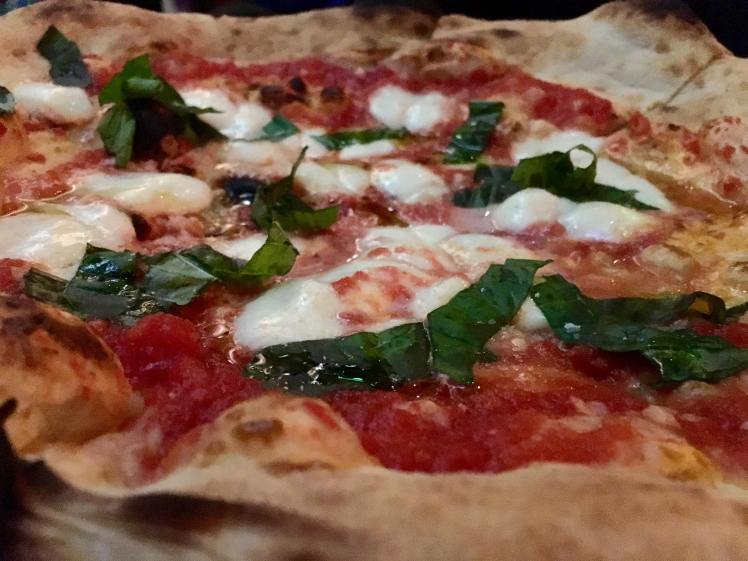 The three of us started with just two pizzas (margherita- $11.5 and sausage- $14) taking note that the menu is meant for sharing… An “unpresidented” move because sharing pizza is pretty stressful for us. While this crust here was basically God’s gift to bread, our tastebuds were overwhelmed by far too much garlic after the first slice. Perhaps the experimental pizzas are better, but the Margherita and sausage classic options didn’t quite compare to other more traditional-style pizzas we’ve tasted as of late.

While she believed the crust at the Masonry was spectacular, Kerri seemed to get more and more offended by garlic as the dinner went on. The large chunks from the sauce soon ended up in small piles all over her plate because it was making it too hard for her to taste the cheese and sauce. I joked she should collect them in a small jar instead and re-sell it in the produce section. Though she believes the more gourmet options might be the better options here, her inner pizza traditionalist was a little disappointed in the margherita. The sausage pizza was decent but she wasn’t blown away by it. 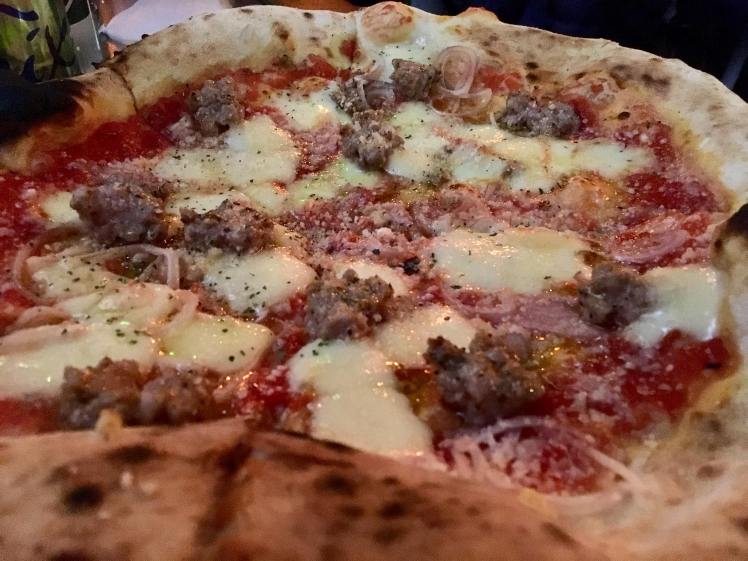 For me, this was a pizza with all the right pieces overwhelmed by garlic. Great crust, great quality cheese, good sauce (like usual I wished there was more), but maybe a little too adventurous for me. Note that I was drinking a pretty tasty wine, but because the Masonry is known for its craft beer, perhaps the strong garlic complements beer better than wine.

This was the first official pizza meeting with special guest Clare. She also complimented the light, fresh, and fluffy crust but said she wouldn’t run here.

We gave this pizza an overall 2.75, but believe that if you’re an adventure pizza eater, the other options on the menu might be the ones to knock your socks off. 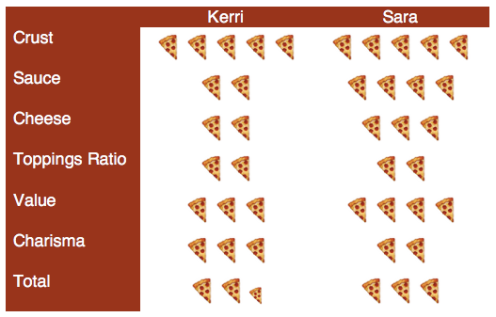 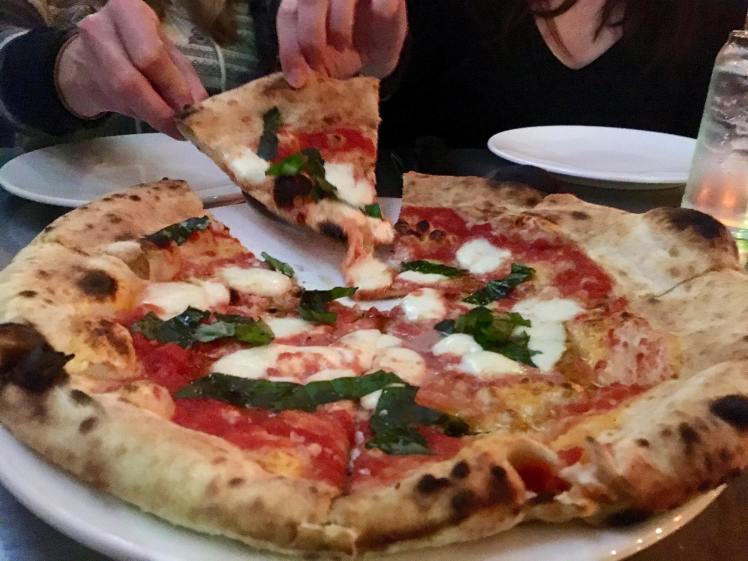