Ask an East Coaster about the best pizza they’ve found in Seattle and pretty often Italian Family Pizza comes up in their answer. Since half of the Coalition is an East Coaster, it was time to put it to the test. Recently relocated from its original spot, this NY style establishment serves up giant 23 inch pizzas in First Hill.

Aware of its popularity, we stopped by for a early Saturday dinner and scored a nice table near the window. The menu here is simple and affordable which let us get to business with our giant pepperoni/pepperoni green pepper pizza without too much discussion. The server looked at us a little funny and warned us of the size when we opted for the large to split between three of us, but we were up for the challenge.

We found this pizza to be tasty comfort food, with a soft fluffy crust and great flavour. It was a bit tough to manage, with sauce going everywhere and limited foldability. 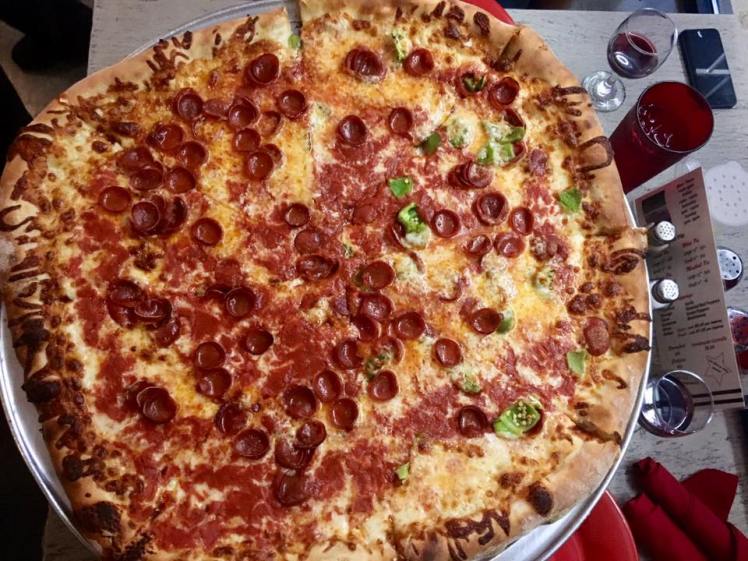 Kerri’s RI-formed pizza opinions came out strong with this pizza. She found this to be a good, albeit overwhelming pie where the big slices were a little challenging for her to wrangle. She also criticized the crust for not folding as she believes all NY style pieces should. The sauce was a bit much for her at first, but worked out in the end because all the sauce that fell out could be sopped up by the soft, fluffy crust. She found the pepperoni bowls to be great, but she had to do a bit of redistribution to get  her preferred pepperoni ratio (and eliminate a few too many pepperoni piles). Altogether she claimed was a delicious tasting pizza, which at the end of the day, is all that matters. 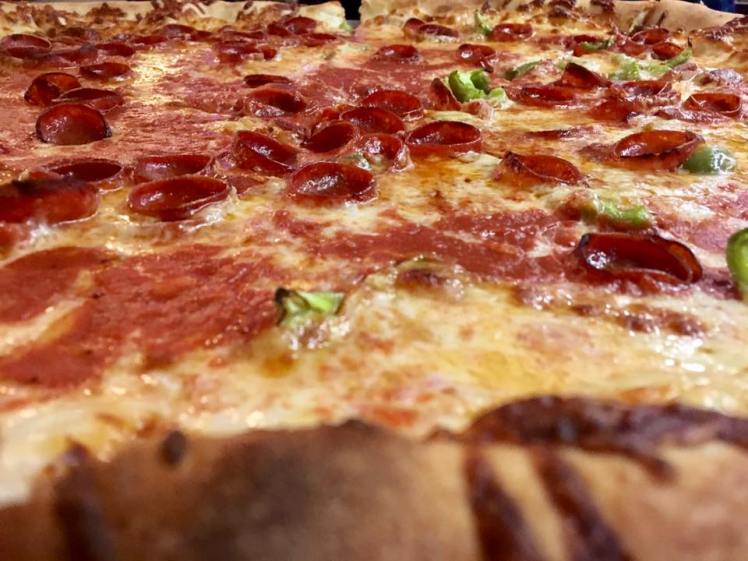 I agreed this was a tough pizza to manage, but I loved the crazy amounts of sauce. If that means it’s a little bit harder to pick up, I don’t mind. I’m a fork and knife pizza person anyhow. The huge slices were very filling, and I appreciated the shakers of green sprinklies on the table. The crust here was my fave part and I gravitated toward it more during the cooler slice two. A greasy pie for sure and everyone went into a bit of a food coma after it, but better than leaving hungry. It was a little bit hard to judge because it definitely stands out in styles from anything else we’ve had this year.

Australian Adrian (raised on much different styles of pizza than us yanks) is always a little hard to please with New World pizzas. “It was a bit of a sloppy mess,” he said. “As pizza goes, I don’t rate it very highly.* But as cheesy meaty goodness, it’s right up there.”

*The Coalition feels confident that this pizza is pizza. 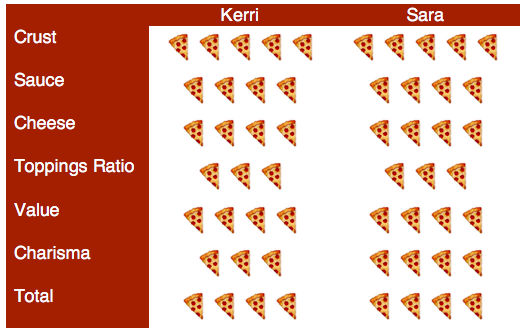 Overall we enjoyed this pizza greatly, and believe it to be among some of the best pizzas in Seattle.  It easily earned itself a spot in the Seattle Pizza Coalition Hall of Fame with a 4 out of 5.