On a sunny day in early May, Kerri declared a pizza meeting at Rocco’s in Belltown due to its proximity to a concert that night. With some friends visiting from the East Coast, she chose wisely and impressed both of them with this classy spot that’s home to tasty wine and cocktails in addition to some of our favorite New York Style pizza to date.

The pizzas served here are huge, but are still great value if you can take your leftovers home with you or have a large group.

Kerri really enjoyed this pizza, finding the toppings well distributed, the dough fresh and tasty, and called both the cheese and sauce “lovely.” She found it a little messy and needed a fork and knife to keep from dripping it everywhere. In an unprecedented comment for the SPC, she also mentioned that it might be too much pizza? That’s probably a good thing overall, but bad for diets and stuffing your face when you’re already in the mood for pizza. She’ll still be dining here again. 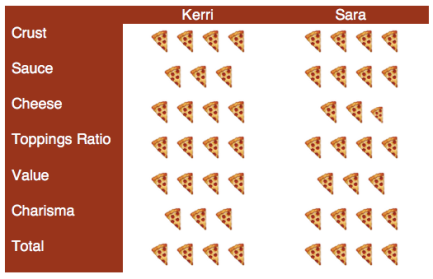 Sara was always on the fence about this place; she loves it sometimes and is unimpressed others, (and also swears the pizza used to be square shape but can’t confirm this). However, this trip she sampled a simple pepperoni and finally understood why it’s one of everyone’s favourites. The cheese was probably a little too generous for her liking, but the sauce made up for it. She enjoyed the pepperoni more than the sausage and pineapple, and thinks that the simpler pizzas are actually the better ones here, even though the creative menu is tempting.

We were joined by two Seattle visitors on our trek to Belltown. Lacey opted for a personal gluten free pizza and left impressed. “This was the best gluten free pizza I’ve ever had,” she said. Meghan really liked the sauce. “And I’m not really a sauce person.” 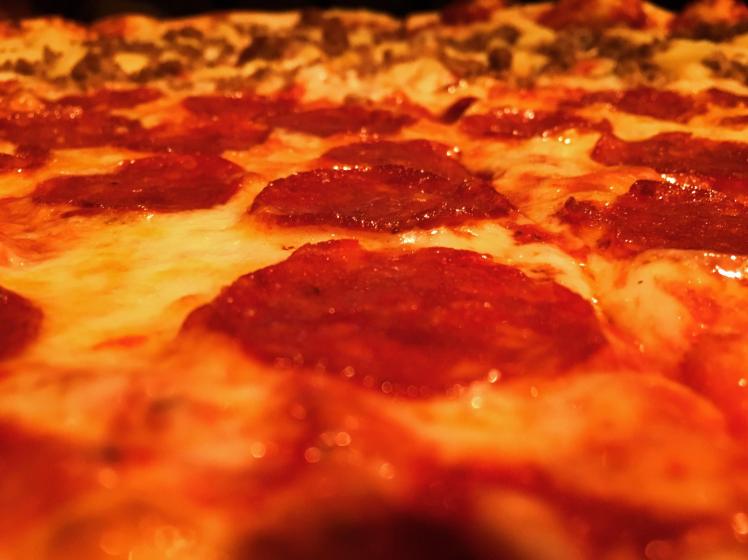